The World’s Most Expensive Car 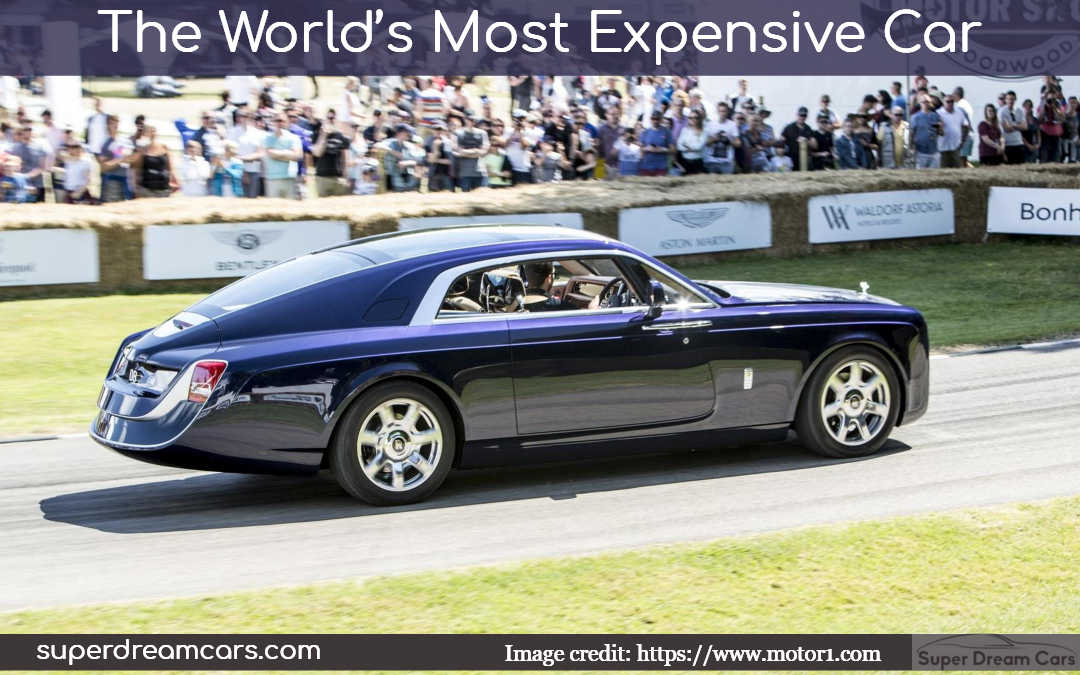 Well if you like cars you’re probably wondering what is the world’s most expensive car?

Interior and Exterior of the Sweptail

They have been working on it for 4 years with the client. It’s a luxury super yacht supercar with a model of Phantom Coupe. Rolls Royce Sweptail is a very luxurious car, it is quite futuristic for a Rolls-Royce model. A one-off luxury car made in the UK. Unveiled at the Concorso d’Eleganza historic car show, which is held at Villa d’Esta on Lake Como in Italy.

As expected for the price tag, it is hand-built. It is inspired by coach-building of the 1920s and 1930s. It was commissioned bespoke in 2013 as a one-off automobile and is highly personalised. The company did reveal that the owner is a ‘connoisseur and collector of distinctive, one-off items including super-yachts and private aircraft’. It is a large luxury car however it only has two seats. It has been built on the aluminum space frame architecture of the Phantom V11 Coupe. The bodywork is designed to look seamless. With the underside of the car sweeping upwards at its rear. This created the rounded ‘tail’ that gives Sweptail its name.

The interior of the car is handcrafted. With polished Paldao and Ebony woods. Which are combined with light and dark leathers. Behind each door is a hidden compartment for your laptop. The sunroof is fully panoramic, tapering down sharply like the racing yachts. There are several unique design features. Including a system that deploys a bottle of champagne at the touch of a button. Another button reveals his personalised briefcase from the side panel of the car.

Who owns the most expensive car in the world?

So who owns the Rolls Royce Sweptail? Who would spend such a large amount of money on this car? We will never know! The car is off-market, as it was made on the recommendations of the mystery customer. The company has been sworn to secrecy. However, we do know that the owner is a yacht enthusiast because of the design of the Rolls-Royce Sweptail. And we do know the customer wants privacy as there isn’t much information published on the most expensive car in the world.

So don’t expect the Sweptail to be in our collection of Rolls Royce Wedding Cars any time soon (it’s a one off) – but we do have few of the best known wedding cars – so go ahead and have look and book your wedding car.